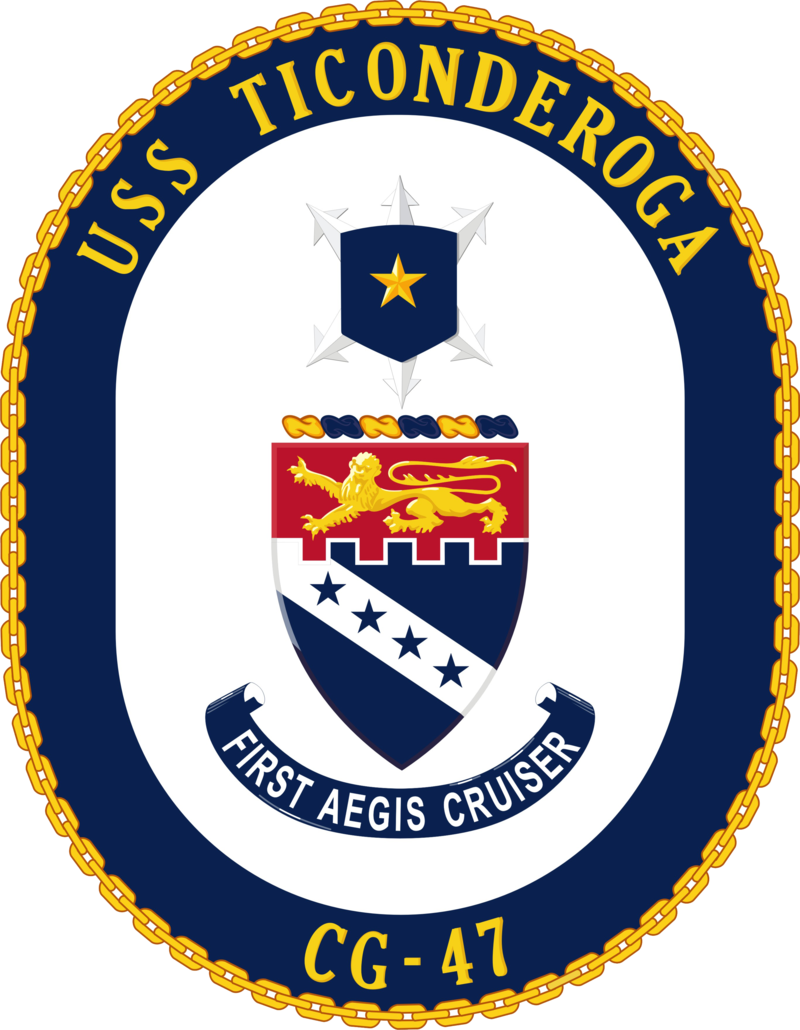 TICONDEROGA entered service in 1983 and deployed later that year to the Mediterranean. Over her first ten years of service, TICONDEROGA deployed multiple times to the Mediterranean, Atlantic, and Indian Oceans and the Persian Gulf. During Operation DESERT STORM, she was attached to Battle Force Zulu and served as Arabian Gulf Track Coordinator. Although she was built with a 35 year service life, the limited missile capacity of TICONDEROGA's twin Mark-26 missile launch systems rendered her obsolete by the end of the Cold War. As a result TICONDEROGA adopted a primary mission of counternarcotics in the late- 1990s and early-2000s and she made multiple patrols of the Caribbean Sea in that role.

After being decommissioned in 2004, TICONDEROGA was stored at the Naval Inactive Ship Maintenance Facility in Philadelphia, Pennsylvania. She arrived in Brownsville, Texas, for scrapping in 2020.

Note:  The Command History for 2002 has not been found.
Sources:  Naval History and Heritage Command and OPNAV Command Operational Reports. 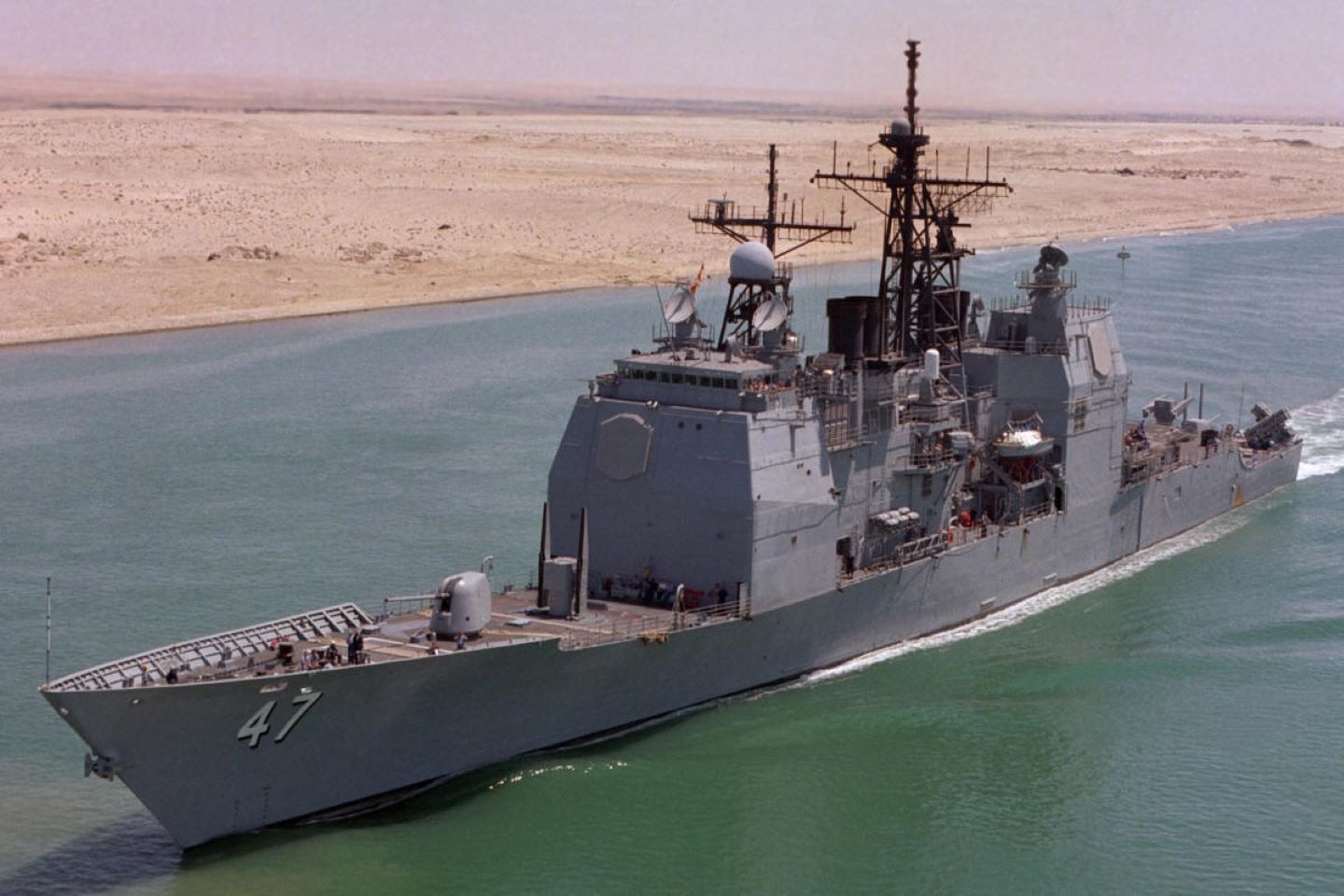